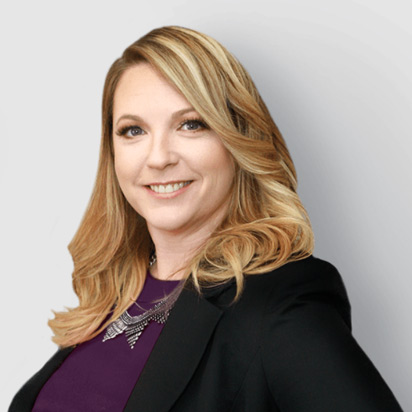 She spent two years, as a law student, working for the University of Oklahoma Legal Clinic and began her career defending people accused of crimes. She was privileged to receive the Kelly Beardslee Criminal Defense Award for excellence in defending those persons pro bono. After passing the bar in 2006 she became an Oklahoma County Public Defender where she represented over 3000 people charged with felony crimes. She served the indigent accused for over 5 years, during which time her peers honored her with the Clarence Darrow Award for excellence in trial advocacy. With continued support and encouragement from the legal community, Ms. Ford opened her own law firm in 2011.

In addition to her excellent record as a trial lawyer and advocate for her clients, Jacquelyn is a leader and a teacher in the legal community. She teaches seminars and continuing legal education for the Oklahoma Bar Association and the Oklahoma Criminal Defense Lawyers Association. In 2013, she graduated from the esteemed Trial Lawyers College, an extremely unique community of trial lawyers in the United States. Founded in 1994 by famed trial lawyer Gerry Spence, the college only accepts the most accomplished trial lawyers into membership. The techniques taught and practiced far exceed any training found in the standard CLE sessions attorneys attend annually. Ms. Ford regularly attends and hosts training sessions dedicated to the successful defense of those accused of crimes.

Jacquelyn is a real person dedicated to the success of her clients and bettering their world and the world as a whole. She refuses to accept abuses of power from the government and its agents. You will never be alone when you have the services of Jacquelyn Ford Law. Her team is committed to your successful journey through the often times traumatic and difficult to understand criminal justice system. What sets her apart from some of the other attorneys in the field is her commitment to the clients. She is not here to take all your money and sail you down the river. She wants you to walk away from this experience a better and healthier you.